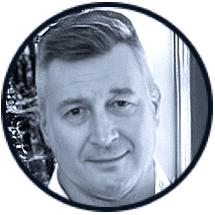 John Rogers serves as our president and is one of the founders of Redo Voting. A retired Army Infantry colonel who has spent extensive time in the Middle East, he has successfully led organizations, teams, and people through both combat and peacetime mission sets and achieved outstanding results.

John began his career as a Ranger-qualified U.S. Army paratrooper at Fort Bragg, NC, spending six years on jump status, serving in the Persian Gulf War, and completing a masters degree in management before taking a ten-year break in service. During this break he worked in the financial services and pharmaceuticals industries and completed an MBA.

John returned to active duty after 9/11, serving five additional combat tours and serving as chief of operations for Joint Task Force Katrina. He spent close to eight years on three- and four-star Army staffs, and completed his career as a founding member and Director of Operations for the Army University.

Since retirement from the Army John has worked in the defense industry, taught high school JROTC, and completed a DBA (Doctorate in Business Administration) and a Ph.D. in business economics. He has also written two books with Cambridge Scholars Publishing, “Voting in Context: A Brief Economic History of American Politics” and “The Changing Landscape of Global Businesses: Principles and Practices,” co-authored with Dr. Babu George.

John and his wife Mary have two adorable grandchildren and are parents to the most beautiful puppy dog in the world. John is also the proud father of two adult sons and an adult daughter from a previous marriage. 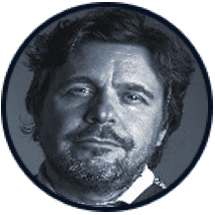 Brian began his career as a U.S. Army paratrooper and reconnaissance team leader. After his time in the military, Brian obtained a computer science degree. His first major projects were with BellSouth where he was assigned to completely re-engineer the power monitoring grid for the state of Georgia in preparation for the Y2k “crisis” and he served as the lead technical voice and data engineer for Super Bowl XXVIII in Atlanta. These high-profile projects set the tone for the rest of his career. Brian’s career has been a unique mix of highly technical entrepreneurialism and Big 4 consulting.

Outside of work, Brian is most proud of his girlfriend, Bev, being a father to his daughter, Riley, a fitness nut and martial artist since 1980, lover of MMA, cars, motorcycles, guitars, and heavy metal music. 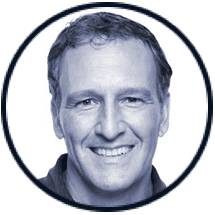 Tom Rogers serves as our chief marketing and sales executive. An experienced business, marketer and business development leader who has led teams and initiatives up and down the marketing and sales value chain, from international “white space” product extensions to the final period on press releases.

Half of his 25+ years has been driving growth for corporate teams and half has been serving clients on the consulting side. He is versatile, strategic and tactical and has a passion for helping teams and businesses succeed through culture adjustment and leadership development.

Outside of work, Tom is husband to wife Susan, father to four children, coach to youth baseball and softball teams, a sport fan, and an avid, if inconsistent, outdoorsman (biking, hiking, skiing, paddleboarding).

Tom holds a BA in history from James Madison University in Virginia and an MBA from Colorado State University. 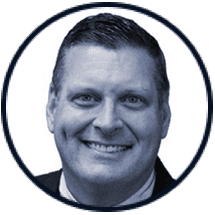 After completing his college degree with an ROTC scholarship, he began his career as an infantry officer. He served in the First Gulf War, Macedonia, Iraqi Freedom, and other Middle Eastern tours including during the Arab Spring. He served as the Command Inspector General of Fort Benning, Georgia, as an operations staff officer on the teams of four- and three-star generals in multiple army commands, and as an operations officer in the economic division of the U.S. Embassy, Iraq.

After retirement from the army, Liston led North and South American operations for two business units of a Japanese manufacturer. He developed a training methodology that was adopted for global use while growing profitability year after year. He managed to change the organization to be customer and leadership focused.

Liston has been married to his wife Leslie for more than 32 years and together they have two sons, Ryan and Logan, each a graduate of Georgia Southern University. He enjoys cooking, entertaining, playing golf and traveling. He loves music, volunteering at his church’s food pantry and working with veteran causes.

He has earned his undergraduate degree from the University of Texas at Austin, and his MBA from Kennesaw State University and holds multiple certifications including a Lean Six Sigma Black Belt and a Professional in Human Resources (PHR) certification. 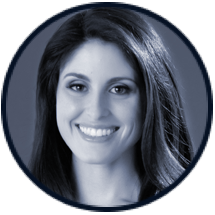 Megan Clementi serves as our Director of Communications. A graduate of the University of Central Florida, she received her Bachelor of Science Degree in Electrical Engineering with a minor in Engineering Leadership. During that time, she completed five seasons with the Orlando Magic franchise as a Magic Dancer, Dunking Dancer and Captain of the Dance Team. Later becoming an in-game arena emcee and side-line reporter for the NBA’s Orlando Magic as well as host of Inside the Magic for Fox Sports Florida.

Megan won the title of Miss Florida USA 2010 and represented her home state of Florida in the nationally televised Miss USA Pageant.  During her year-long reign, she appeared at 235 events across the state, traveling over 40,000 miles. She focused on raising funds for Give Kids the World Village, Susan G Komen Breast Cancer Awareness and created a scholarship, Future Female Scientist Award, for middle school age girls who achieved high marks in their STEM related science fair project at their regional and state science fair. UCF proudly lists Megan among their Distinguished Alumni for Arts and Entertainment.

In addition to her work with Fox Sports Florida, Megan works on a variety of Television and Web broadcast productions.  Her credits as on-air talent include:  HSN, TSC, XOS, Inside the Magic, WFTV Channel 9 Daily Two and Home Experts Show, Nationally Distributed The All New Orlando Citrus Parade LIVE

Broadcast, Infomercials, Stub Hub 360, the Miss Florida USA and Teen USA Competitions, UKnighted on UCF-TV, and as an event reporter for WPLG Local 10 (the ABC affiliate) in Miami.  She also spent two seasons in the nationally distributed television program, Muscle Car Workout, on PBS.  She continues to host LIVE events and broadcasts throughout the state/nation and was the only American Host at the Invictus Games Orlando (orchestrated by Prince Harry and Military Adaptive Sports INC).

Megan, her husband, and their two young sons find adventure wherever they go. Roadtripping, sports, and spending time with loved ones are some of their most favorite activities. 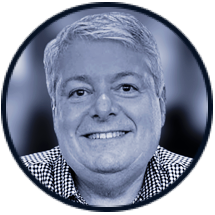 Mitchell Newman serves as the Executive Vice President of Investor Operations. Mitchell has spent the past 40 years in the Financial and Investment fields as a commodities trader and brokerage president. In June of 2000, Mitchell started his own Venture Capital firm which specialized in acquiring wireless spectrum across the US for secure data tracking and transmission.

After 18 years in VC, Mitchell retired in 2018 and moved with his family to Park City, Utah to enjoy all that mountain living had to offer. Retirement is fine for some but for Mitchell there was something missing. Having decades of experience in investor relations and marketing, Mitchell knew it was just a question of finding the right fit, the right opportunity. After meeting John Rogers and Brian Oravetz, the synergy was immediate and it was time to go to work.

With 4 incredible children and 5 amazing grandchildren, Mitchell and his wife Sharain enjoy winter skiing and summer hiking and, of course, family time. 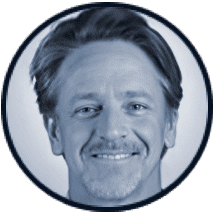 David is a systems thinker: Trained in systems theory and human development. He studies the impact of systems resistance to change and strategic planning to effect change for enhanced steady state of programs, organizations, and families through process of Servant Leadership/ LMX theory.​ 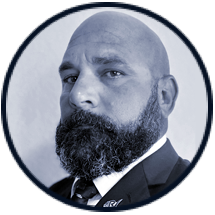 Colin Bennett is a multi-faceted security professional, trained in Information Technology (IT) and Construction Technology. His experience in both facets has been tested by the U.S. Air Force in direct action combat as well as direct support where IT security is most critical. ​

Colin is a dynamic thinker and analyst. He evolved his military career, retiring into a Cyber Security role, then transitioned his capabilities into civilian service into the U.S. Intelligence Community. ​

Colin is in his 6th year with the Air Force Joint Worldwide Intelligence Community System (AFJWICS), assessing real-time threats and vulnerabilities, with Authorization and Accreditation permissions from IC Approving Officials. ​